In every province, around every corner, there’s a magic moment waiting to leave you inspired with incredible people underpinning it all. From city life to adventure, wildlife to culture, breathtaking scenery to sun-soaked coasts – discover South Africa . . .

GOLF ON THE WILDSIDE

South Africa is one of the world’s best golfing holiday destinations. Golfers from around the world are continuously impressed by the standard of the courses they play and it’s no surprise too as South Africa has some of the best in the Southern Hemisphere.

Even if you aren’t part of an arranged golfing tour, it’s still very easy to hire a car from one of the country’s major airports and opt for an independent golfing safari.

South Africa has excellent roads and travelling around is a lot easier than most international golfers might expect, despite the vastness of the country. There are plenty of courses willing to hire out a set of clubs for those who just want to have a quick round on a whim. 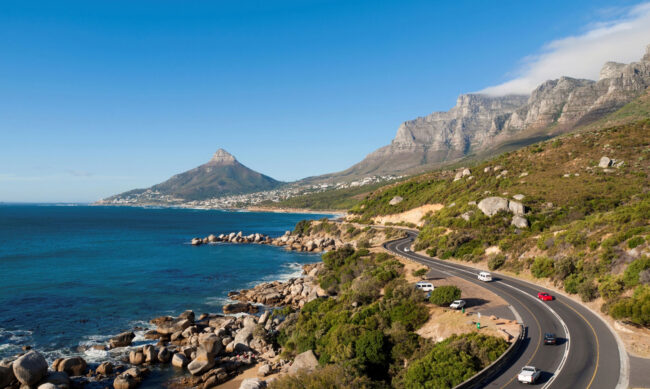 Some of the courses to consider in the northern part of South Africa—within driving distance of OR Tambo International Airport —include Sun City, Legend Golf and Safari Resort, Leopard Creek and the Highland Gate Golf Course designed by Ernie Els. In fact, Legends has a famous 3-par 19th hole where you tee off from the top of a cliff and get there via helicopter. Now that’s some extreme golfing!

The Western Cape province, which includes the City of Cape Town as well as the famous and ever-beautiful Garden Route, should be on every golfer’s bucket list. Fancourt, a golf estate in the Garden Route town of George, has three world-class courses with luxury accommodation. The Eastern Cape also has several excellent golf holiday establishments, such as St Francis Golf Lodge, which has received some rave reviews.

So go on, tee off on an unforgettable golfing adventure that will take your breath away, South Africa is waiting for you.

Since South Africa is in the southern hemisphere, it’s summer there when it’s winter in Europe. Summer begins in November and lasts till February, which if you think about it, makes this the ideal time to visit if you want to escape the cold weather.

Late winter is popular for game spotting because the vegetation is sparse and animals visit the waterholes to drink.  Summer in the Lowveld can be extremely hot. Alternatively, you can go on a winter beach holiday in Durban or on the KwaZulu-Natal coast as average temperatures hover around the 26°C mark.

In Cape Town, the best time to visit is in spring and autumn, which is April and May or the beginning of September to October. Spring is particularly breathtaking as you’ll get to witness first-hand some of South Africa’s most beautiful indigenous flowers bloom.

Autumn offers a relief from the summer heat while the vineyards of the Cape Winelands start to change colour.

South Africans have been referred to as the ‘rainbow nation’, a title which illuminates the country’s cultural diversity.

South Africa is home to a multi-cultural melting pot of 55 million beautiful people of diverse origins, cultures, languages and religions.

There are 11 officially recognised languages, most of which are indigenous to South Africa.

English is spoken everywhere you go.

English is the language of the cities, of commerce and banking, of government and official documents.

All road signs and official forms are in English and at any South African hotel, Bed and Breakfast or Guest House the service staff will speak English.

Other languages you can expect to hear are Xhosa, Zulu and Afrikaans.

South Africa’s premier leisure resort is situated in the heart of the Garden Route, 7 km from the George Airport.  The resort is superbly landscaped on 613 hectares of lush countryside with the majestic Outeniqua Mountains as the perfect backdrop. The Fancourt hotel has 115 rooms on offer.  Leisure activities on the resort include a Spa with an indoor heated Roman Bath as well as a leisure centre which is home to the Kids Club, teen lounge, gymnasium, cinema, indoor [...]

Legend Golf & Safari Resort, also known as the “Home of the Extreme 19th”, is one of the world’s most renowned resorts. This unique leisure destination welcomes all travellers, whether it be for a holiday getaway, business trip, golf or safari experience, Legend caters for every need. Home to the unique “world-in-one” Signature Course where each of the 18 holes have been designed by a world golfing legend. In addition, you can take the challenge of the world famous Par [...]

Sun City resort is one of South Africa's premier golfing destinations. It is home to two 18-hole, par 72 golf courses designed by South African legend Gary Player: the Lost City Golf Course and the Gary Player Golf Course, both of which have been designed to maximise the challenge for every handicap of golfer. GARY PLAYER COUNTRY CLUB The birth of the Sun City Resort called for South African golfing professional, Gary Player, to design an award winning golf course [...]

The Arabella golf course in South Africa was designed and built in 1999 by celebrated South African golf course architect Peter Matkovich, who is also credited with the design of Western Cape courses de Zalze and Steenberg, this classic parkland course has spectacular views across the Bot River lagoon and across the Kogelberg mountain range. The course is complemented by a luxurious clubhouse with bar and halfway house, as well as a fully stocked pro shop and excellent practice area [...]

Simola Golf & Country Estate was conceived as one of South Africa’s most desirable golfing destinations. Attractions on the 325 hectare estate include the Simola Hotel, Country Club & Spa; our 18-hole, par-72, Jack Nicklaus Signature Golf Course. This outstanding masterwork was the first Jack Nicklaus Signature Course in Africa, and offers top-class facilities to complement the surroundings and enhance your enjoyment of your time on the course. Writing on nicklaus.com, Larry Gould said of Simola that its location, “high [...]

Pezula Championship Golf Course is located in the Western Cape of South Africa in the picturesque town of Knysna, the jewel of the world famous Garden Route. This stunningly beautiful golf course is a sweeping spectacle of fairways and greens rolling through the pristine Southern Cape landscape. The breathtaking, award-winning 18-hole golf course, designed by David Dale and Ronald Fream of GolfPlan USA, offers visitors who wish to play the ultimate golf course in Knysna, an unsurpassed golf experience, and [...]

Overlooking the Indian Ocean near Mossel Bay, and designed by Peter Matkovich and 2011 Open Champion, Darren Clarke, Pinnacle Point is one of the most unique and scenic golf courses in the world. This Clifftop Fynbos Golf Course inspires the golfer to play this challenging layout with a level of respect due to its dramatic views and breathtaking terrain. Golfers have access to a number of world-class facilities, including the Louis Oosthuizen Junior Academy, driving range, putting green, club-fitting and [...] 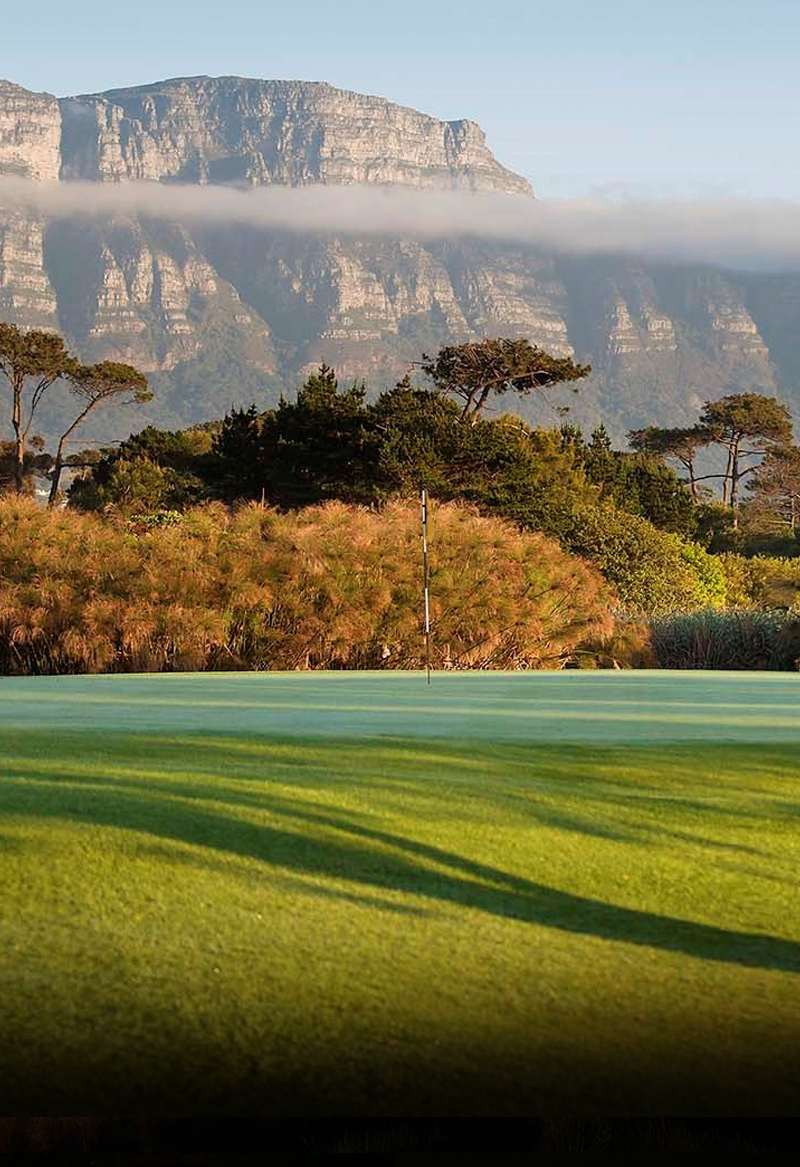 £1685
Let Gastro Golf “tailor make” your dream golfing holiday, we’ll organise the hotel, golf, private transfers and even add in a wine tasting and book your table reservations at some of our favourite restaurants. 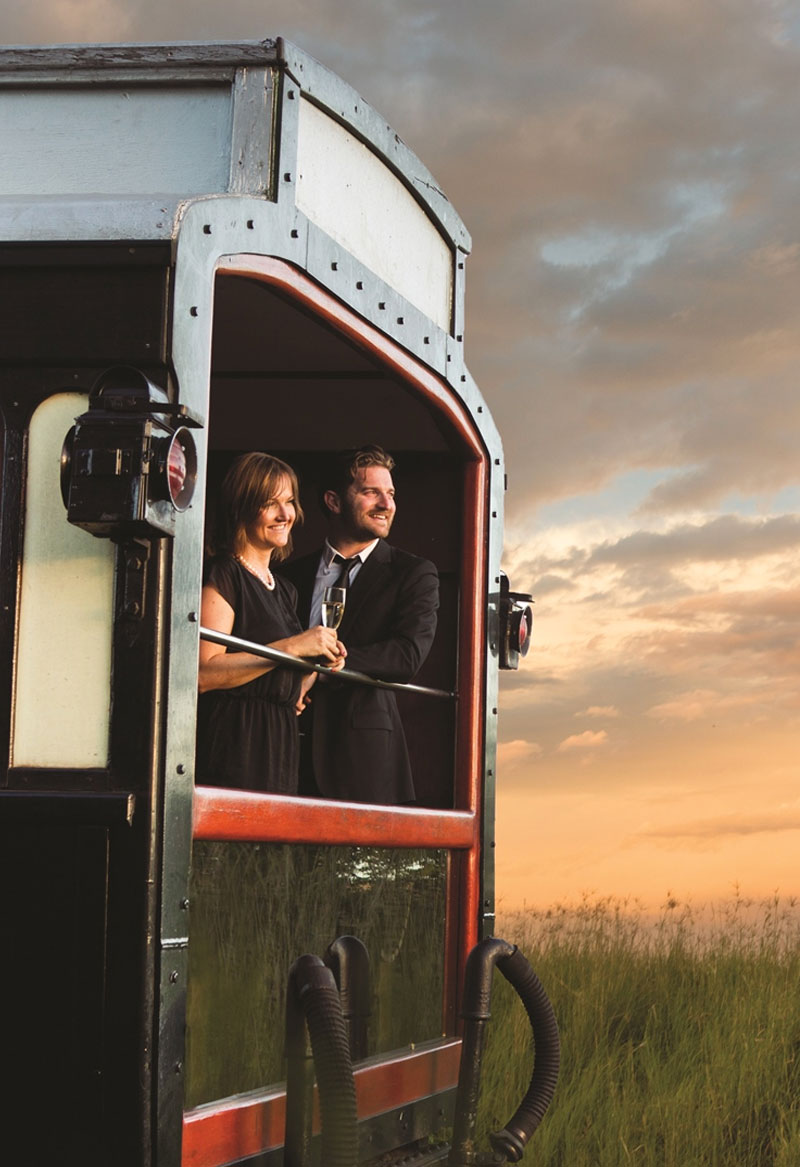 £4185
Rovos Rail has designed a delightful safari to entertain the most discerning player with optional excursions for non-playing guests at all venues. 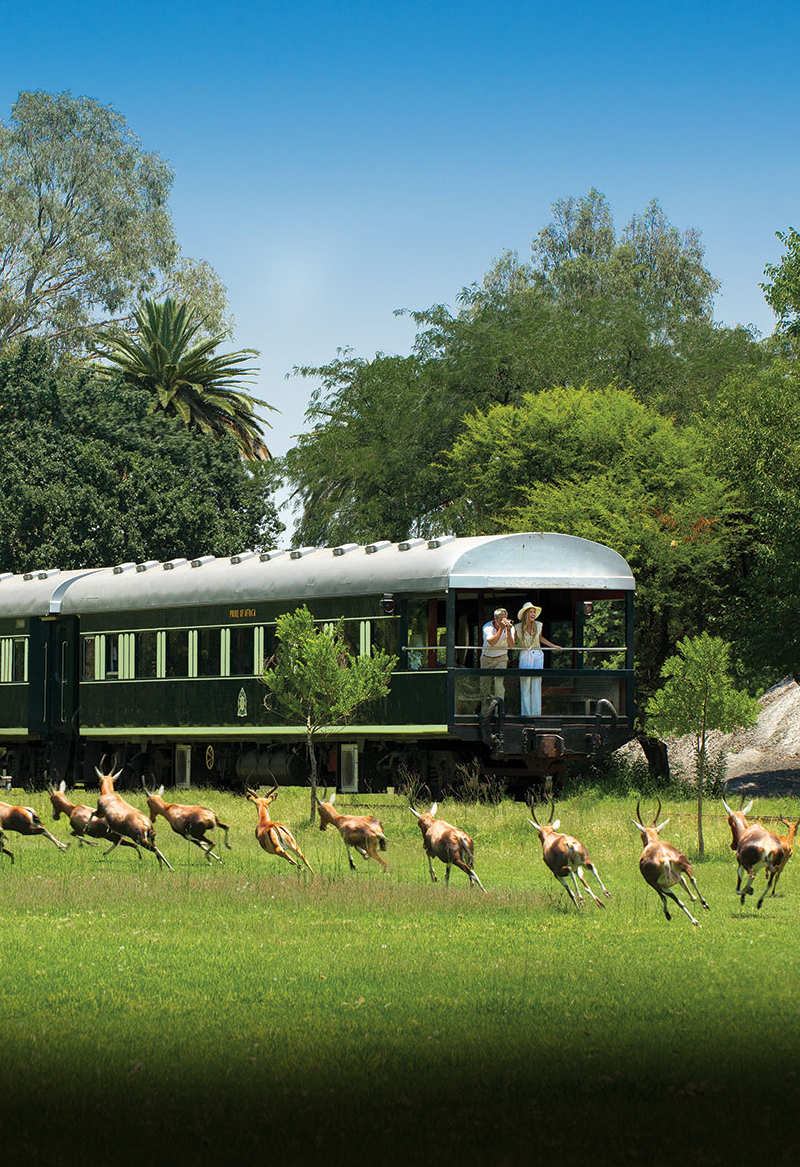 £3190
Rovos Rail has designed a delightful safari to entertain the most discerning player with optional excursions for non-playing guests at all venues. 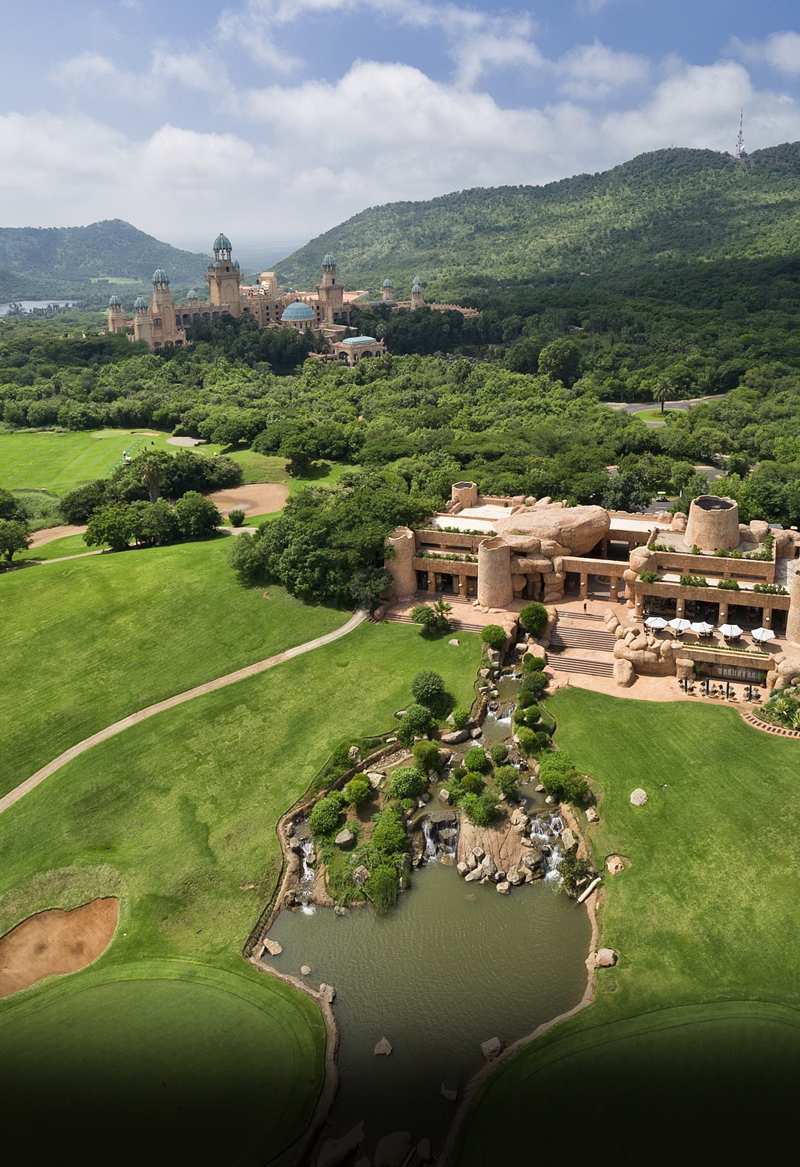 Experience luxury accommodation, world-class food, exotic wildlife, and a range of leisure activities to leave you reeling and breathless.