Cadiz is the southernmost province on the Iberian Peninsula and is only 14km from Africa.

Rich in history the Phoenicians, Greeks and Romans have all held sway in this land with each leaving behind a little of their presence with their departure. Christopher Columbus sailed from here 3 times and returned with strange tales from the New World and for a short spell it was even made the capital of the nation after the signing of the first Spanish Constitution in 1812.

Physically it is 260 kilometers of Atlantic coastline featuring long beaches with fine sand, many of them undeveloped and not excessively visited by tourists.

Gastro Golf would be delighted to create your own golf and gastronomy stay in this region. We have great contacts in the area and can promise you a trip that could well make you want to return time & time again!  Call us on the number below to talk through your requirements and we’ll be delighted to help.

Here’s a sample of what we can offer:

Staying at the 5* Almenara Hotel

The Hotel Almenara is located in Sotogrande, one of the most exclusive Luxury Resorts in South Europe, between Marbella and Gibraltar, in the Costa del Sol.

Surrounded by some world-renowned golf courses including Valderrama, La Reserva and very close to San Roque Golf, The Hotel Almenara is the perfect setting to enjoy a unique Golfing Experience. Indulge with high-end Wellness and Spa facilities and taste the exquisite Andalusia cuisine in an elegant and tranquil atmosphere.

The Hotel Almenara has 145 spacious rooms, including 9 Junior Suites and 3 Premium Suites. 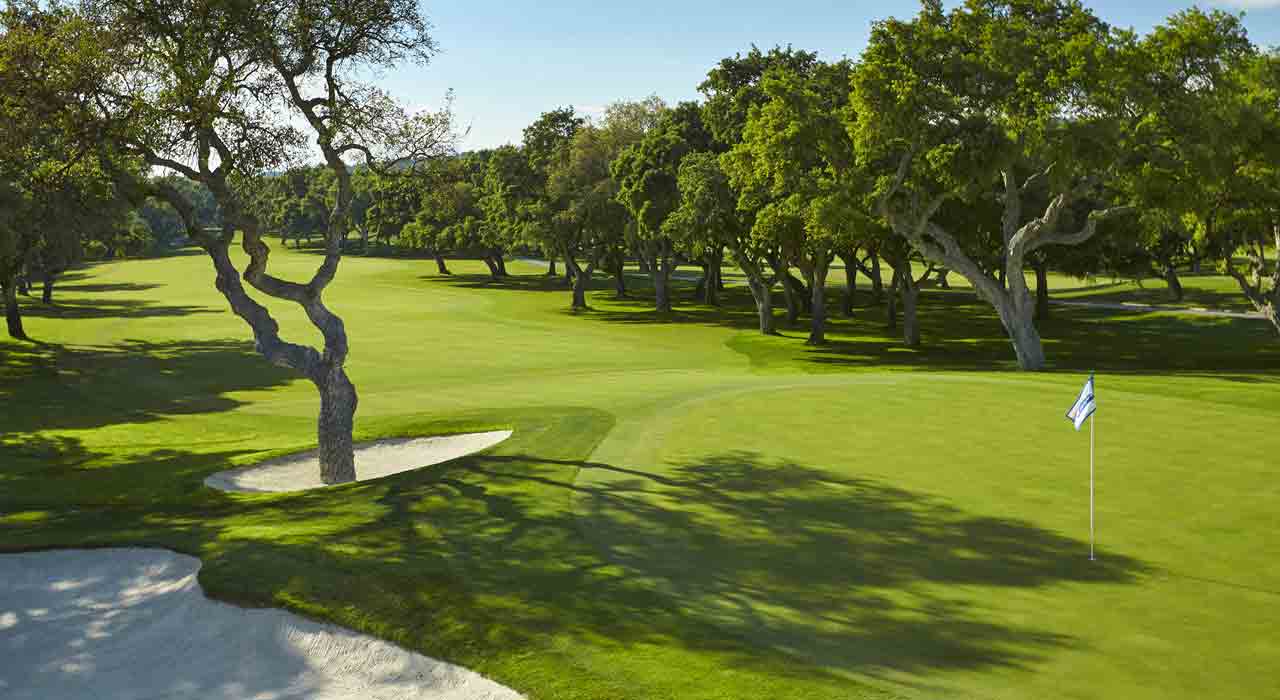 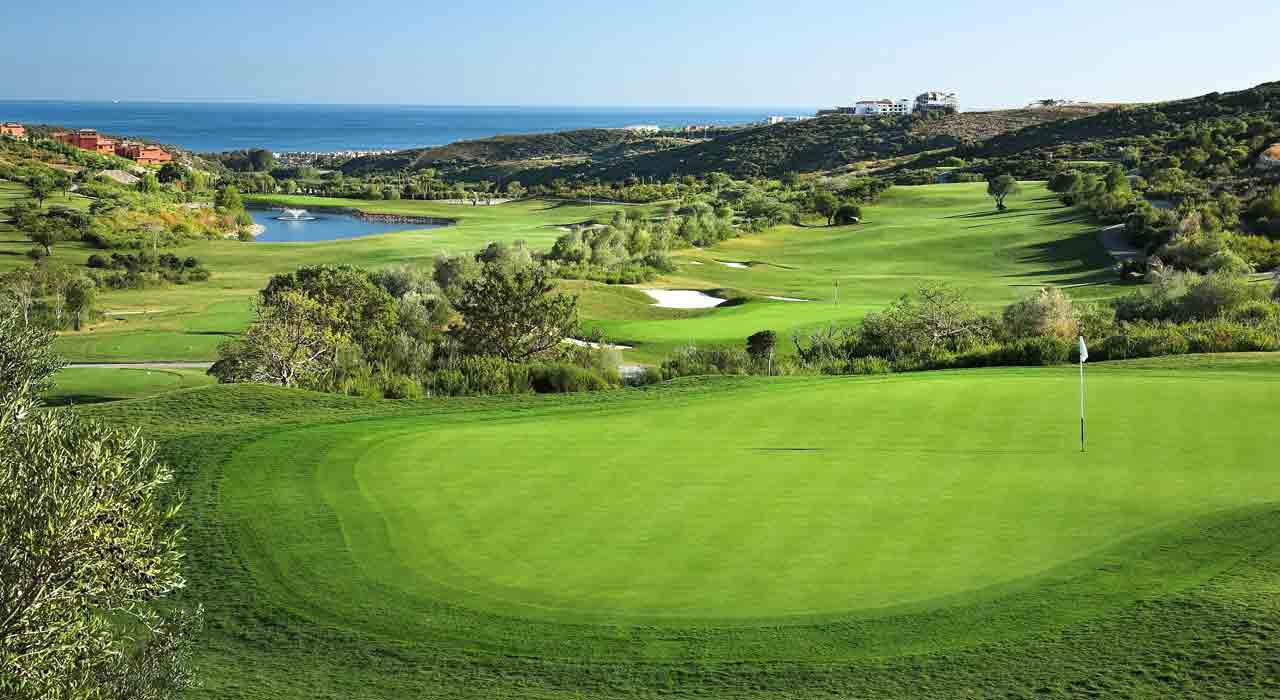 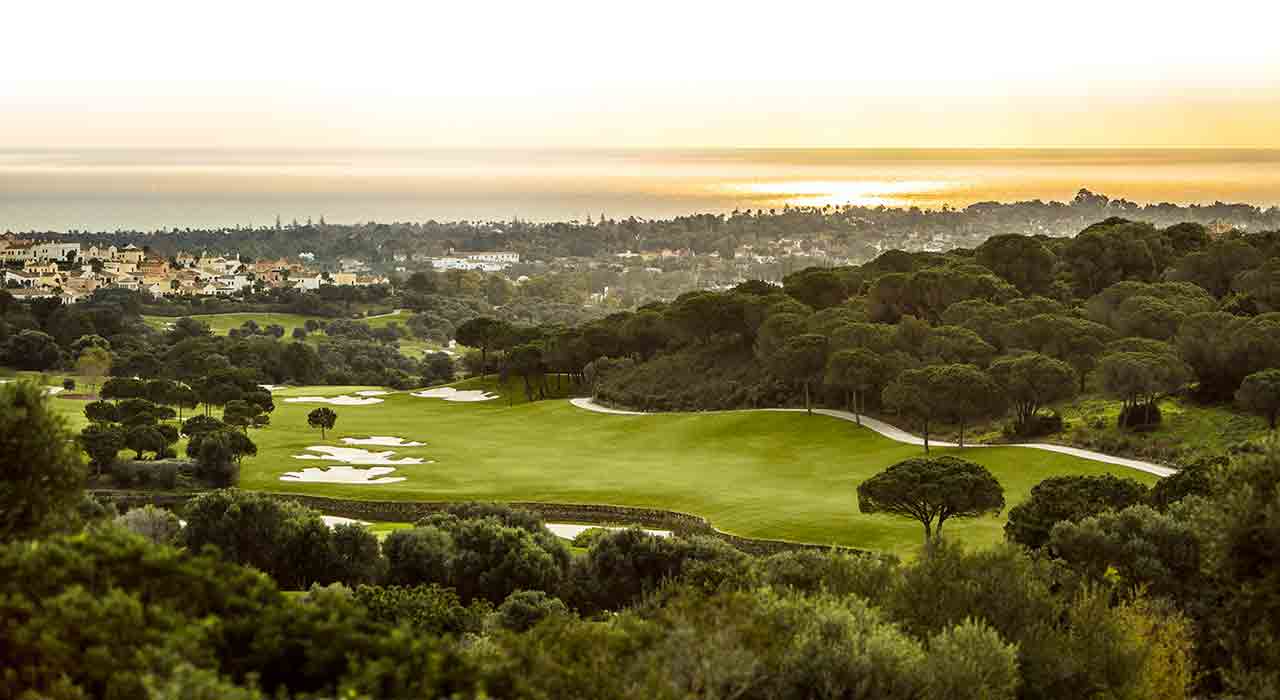 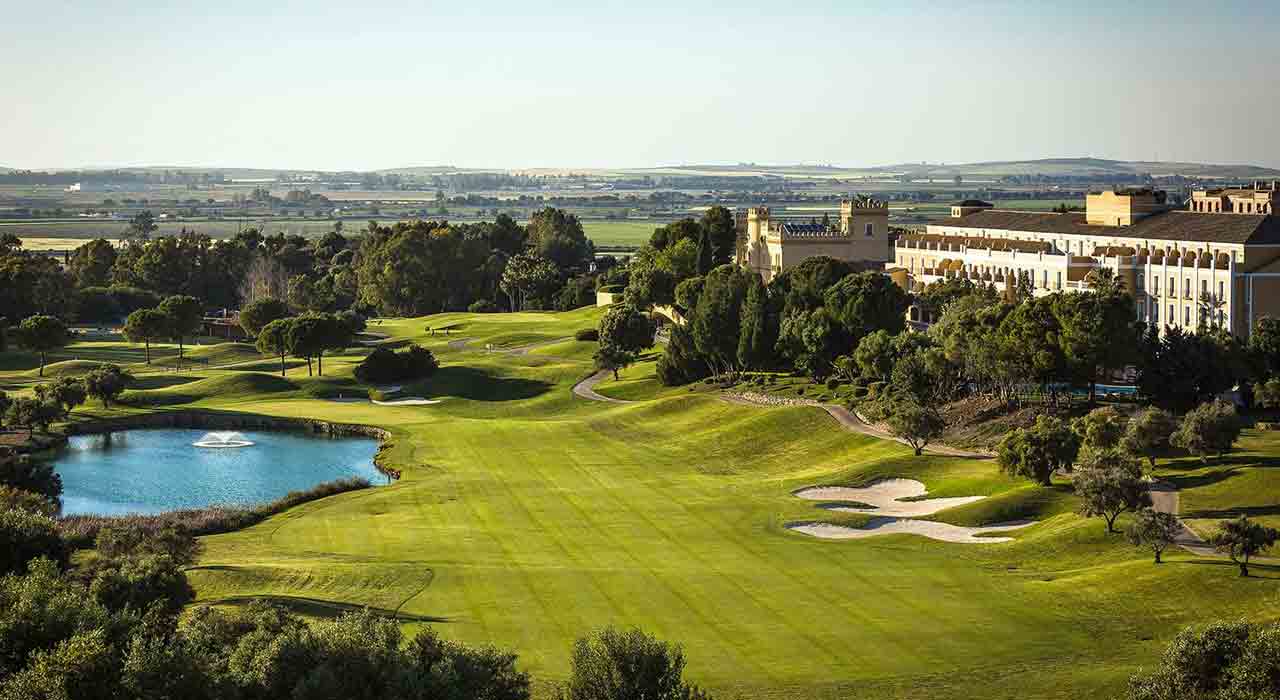 Cadiz has some the best golf courses in Spain with the numbers matched by the sheer variety on offer.  Great course designers like Trent Jones and Cabell Robinson have made their mark and even the great Seve’s influence can be seen in the province.

Whether you prefer a private villa or 5 star accommodation we have the perfect tailor made package for you. Contact us now to discuss your requirements.

Below are just a taste of some of the courses out of a total of 22 in Cadiz that we at Gastro Golf consider to be some of Spain’s finest – all available to you as part of our golfing and gastronomy experiences in the province.

This world famous Valderrama championship course was listed as the number one golf course in Spain by Golf Digest Magazine (USA) in 2005. Each hole has six tees and was made with all handicappers in mind but beware the crosswinds, which make it make it tough to conquer.

Finca Cortesin Golf Club This par 72, 7,439 yards parkland golf course was designed by Cabell Robinson and is the longest course on the coast if played from the back tees. This immaculately manicured golf course is already considered one of the best courses you could ever play on.

At 7,049yards this stunning par 72 links style course was designed by Cabell Robinson. This thoroughly entertaining course and fantastic layout is considered to be as good if not better than its neighbour Valderrama.

Montecastillo Golf is one of the classic golf courses in Spain. At 6,600 yards par 72 it was the first Jack Nicklaus Signature golf course in the country and is probably the most challenging course you’ll play in the region.

If you would like further details on the above packages or other options please call us using the details below and we’ll be only too happy to provide you with further information. 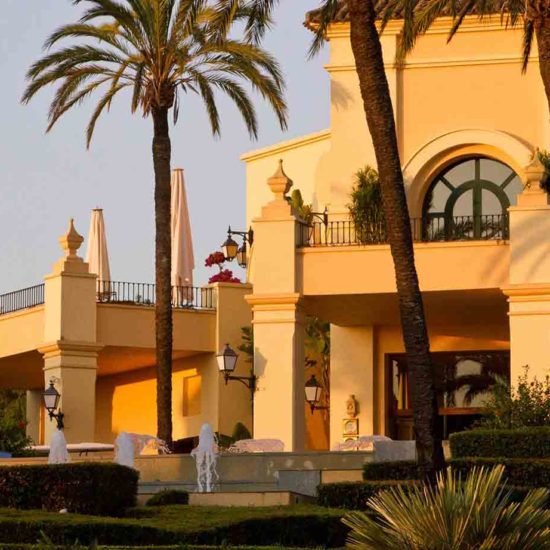 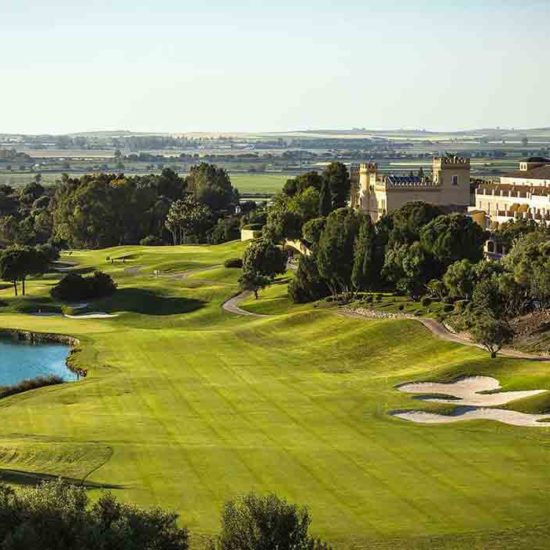 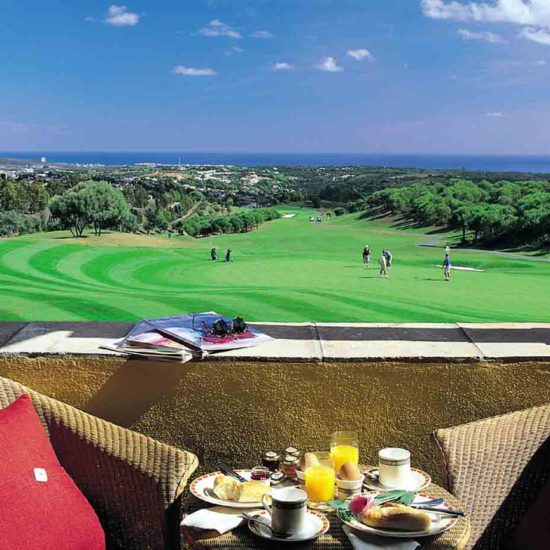 Cadiz – Home to some of Spain’s finest golf and gastronomy

Cadiz is the southernmost province on the Iberian Peninsula and is only 14km from Africa. It borders the provinces of Seville and Huelva in the north, the province of Malaga to the east, the Atlantic Ocean in the southeast, the Mediterranean Sea in the southwest, and the Strait of Gibraltar and the British colony of Gibraltar in the south. Rich in history the Phoenicians, Greeks and Romans have all held sway in this land with each leaving behind a little of their presence with their departure. Christopher Columbus sailed from here 3 times and returned with strange tales from the New World and for a short spell it was even made the capital of the nation after the signing of the first Spanish Constitution in 1812. 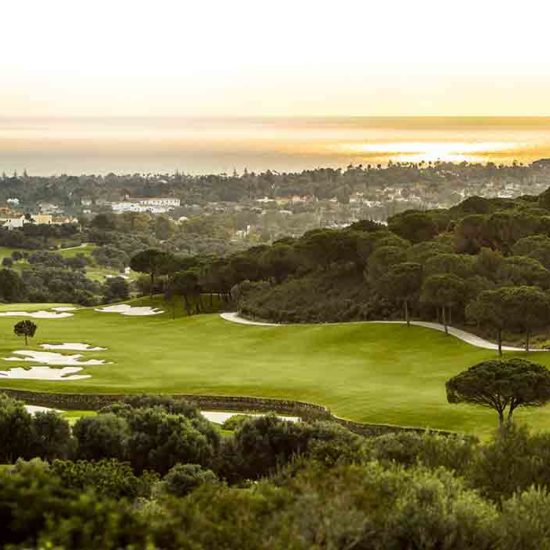 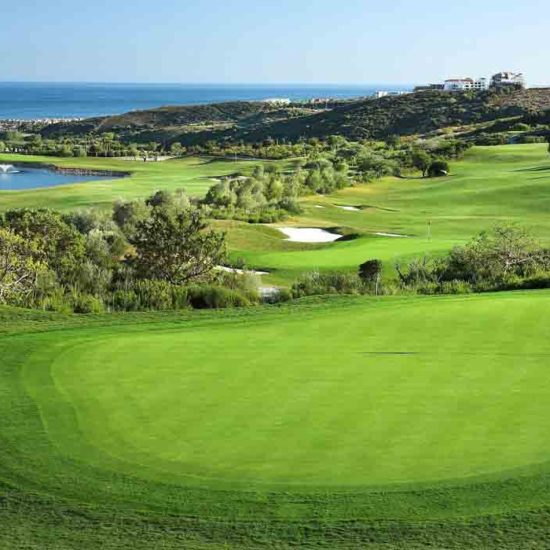 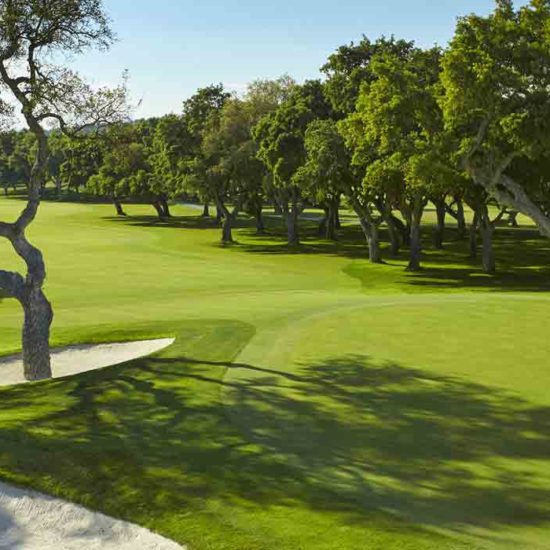 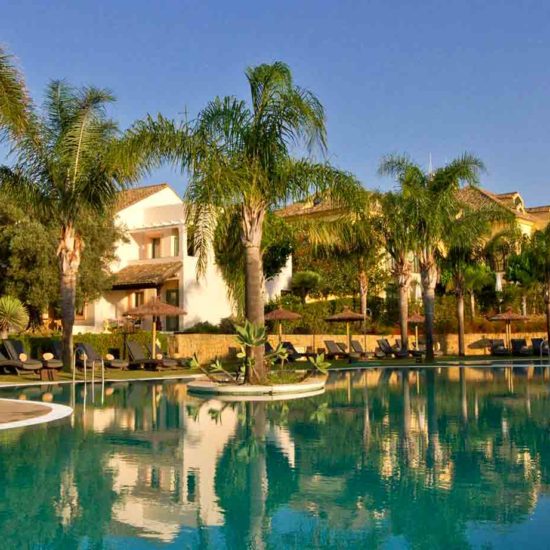 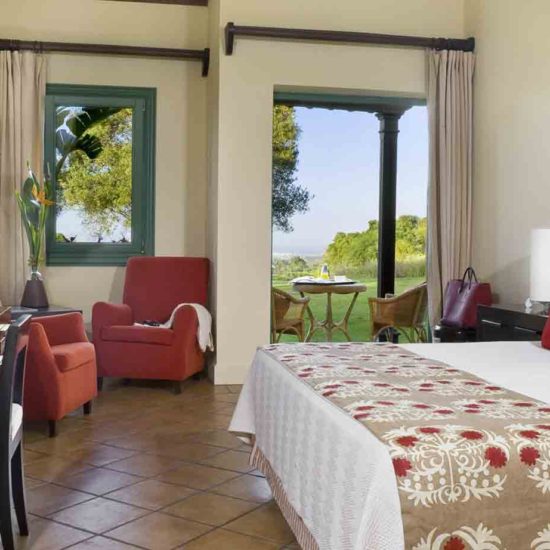 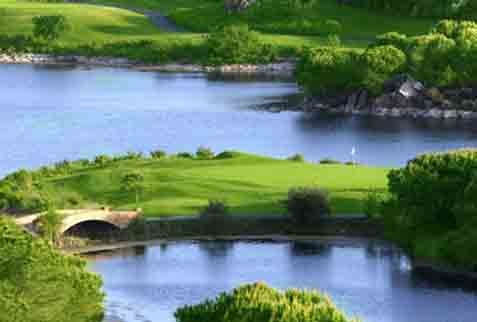